APT: for 25 years by your side, now more than ever.

APT: for 25 years by your side, now more than ever.

Next September, APT will reach a very important milestone, celebrating its 25 years in business. In 1995, in fact, the story of one of the first companies dedicated entirely to analytical instrumentation began, with the ambitious goal of becoming a benchmark in gas analysis.

In the later years, APT was structured and equipped with an internal engineering department, where highly qualified personnel began the design and production of integrated multi-gas analysis systems. New scenarios were opening and the company started to face the fascinating adventure of tackling a new story for each designed and assembled sampling system: new projects was on the rise!

Building on its position in Italy, APT decided to support the most important EPCs in markets where major projects take place: Middle East and North Africa. 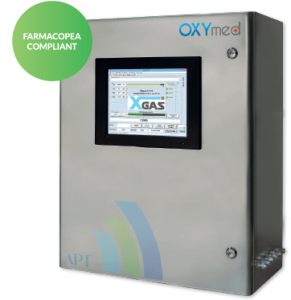 The constant focus APT devotes upon research and development allows the birth, in more recent years, of OXYmed: the most revolutionary instrument ever made for the gas manufacturers and the medical field.

OXYmed is an automatic and compact analyser, compliant with EU Pharmacopoeia, for the simultaneous analysis of the title and all impurities of Medical Oxygen. The system continuously measures the Oxygen in tanks or in cylinders and cryogenic compounds.

It’s entirely managed by XGAS Software, compliant with EU Pharmacopoeia and American FDA, and developed by APT to speed up the analysis and the use of the analytical system through specific routines that provide easier management and much faster analysis. The software automates and simplifies the operation of the system at most.

Nowadays, in the midst of COVID-19 emergency, Medical Oxygen producers are reporting the high performance and efficiency OXYmed and XGAS Software are proving: automation and speed of analysis guarantee enhanced production of Medical Oxygen, required by hospitals now more than ever before.

With the hope to come back fully operational as soon as possible, APT aims, for the future, a greater internationalization into markets not yet explored, together with a constant research and development of new technologies, to always guarantee highest performance at the most competitive price.