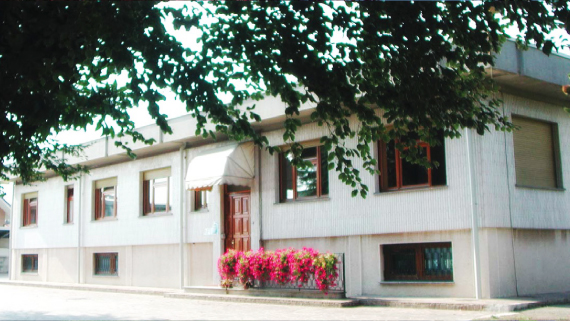 INTEGRATED SYSTEMS AND EQYIPMENT FOR GAS AND LIQUID ANALYSIS

Discover the History of APT Srl.

Founded in 1995, APT is an Italian company specialized in manufacturing and supply of integrated systems and equipments for gas and liquid analysis.

The internal engineering dept is able to provide a complete and customized solution in order to follow the client in every project phase:
feasibility study, site survey and preliminary inspection
engineering and construction of analysis systems
installation, commissioning / start-up
training
technical assistance and after sales support

APT has strengthened a lot of exclusive partnerships with worldwide manufacturing companies, offering to customers the best state-of-art available on the market, in terms of technology, quality and budget.

Relive the milestones that led us to be a benchmark company in the gas and liquids analysis, find out our experience and our future projects.

Thus, began the story of one of the first companies completely dedicated to analytical instrumentation, focused on gas analysis.

APT was founded in 1995 as a privately held company with the ambitious goal of becoming a benchmark in the field of gas analysis.

The idea of its founder, Ivano Lombardi, who already boasted numerous years of experience in the field of gas detection and analysis at the time, was to establish one of the first independent companies dedicated entirely to the field of gas analysis.

APT aims to offer comprehensive and personalised services, from feasibility studies to post-sale support, with a constant focus upon research and development.

1999 – The engineering division: the company moved beyond product sales, with the design of analysis systems.

APT decided to offer a more comprehensive range of services, by implementing a division dedicated entirely to engineering of gas analysis systems.

The analysers could now be adapted and used for applications where:

New scenarios were opening up, and the company found itself facing extraordinary challenges in relation to each of the systems that it manufactured: contract work was on the rise.

By the year 2000, APT had already successfully completed its first qualification procedures with the Vendor Lists of the major EPCs (plant engineering, procurement and construction companies), and the first supply contracts were stipulated.

Its analysis systems were installed in large plants, and played a fundamental role in terms of functionality and production.

Participating in large projects and providing support to well-known companies means growing, and proving that you have achieved exceptional levels of efficiency, optimal management skills, and widespread credibility.

Today APT works alongside major EPCs: see the list of its main references.

Not just instruments and analysis systems, but skilled technicians with vast experience who are capable of providing immediate support throughout Italy and abroad.

The analysis division was flanked by the detection division, with the arrival of sensors for gases and flames.

After having become one of the gas industry leading companies, APT introduced another division: Fire & Gas.

This new area handled all the safety devices dedicated to detecting toxic and/or flammable gas leaks, as well as open flames.

All the sensors could be equipped with control units connected to PLCs or luminous/ audible indicators.

The company’s detection system design consulting service, as well as its installation and technical support services, therefore took on a role of critical importance.

APT celebrated its first 10 years of business by moving to a new larger headquarters, which was specifically designed to bring the technical department closer to the system production departments.

The new 1,300 sqm location made room for the production of serial systems, and a brand-new laboratory that was even larger and better equipped.

This unit was designed and developed to simplify the interface between the analysis system and the user.

The software was designed to interact with the most important management systems and allowed for the management of production phases, as well as the archiving of historical data.

XGAS Software even revolutionised the management of the most complex analysis systems thanks to its intuitive user interface.

A new adventure and a new success

The continuous desire to become a benchmark in the field of analysis led APT to propose this new line of products. These portable analysers are designed to analyse flue gases and other parameters like pressure, humidity, temperature, etc., directly in the field.

While they’re primarily used in the field of thermohydraulic, their precision also allows them to be used in laboratories and/or industrial production facilities.

It was a new challenge for APT, which succeeded in gaining access to this entirely new market thanks to the help of the German company Systronik. See all the products.

The creation of a sales network for new foreign markets.

Building on its position in Italy, APT decided to add major EPCs in markets where major projects are in the works: Middle East and North Africa.

A technical/sales network that’s capable of better assisting customers in terms of providing consulting and technical support services. In fact, APT has agents and area representatives throughout the Middle East and North Africa who are highly qualified to provide prompt services.

APT’s vast experience in the field of gas analyses allowed it to apply its skills in another sector: liquid analysis.

At the same time, the company’s logo was redesigned, without breaking with tradition, but rather by reiterating the most important concepts that had led the company to become a market leader:

By this point there were 5 divisions:

From the resale of analysers, to the Engineering and Production of complete analysis systems, from the branch offices in the United Arab Emirates, to the sales in North Africa, and even the new and revolutionary OXYmed analyser. APT has reached numerous milestones over the course of its first 20 years.

But that’s not all, there are still many other projects in the works for the coming years, which will allow the company to offer an increasingly wide range of services in pursuit of its mission.

– nearly 100 instruments in the company’s catalogue.

2015 – The revolutionary OXYmed system: APT all-in-one analyser for analysing the purity and impurities levels of medical O2 in compliance with the Official Pharmacopeia.

It’s an easy-to-use system developed to meet the needs of medical gas manufacturers: OXYmed simplifies the measurement of medical oxygen purity and impurity, in compliance with the Official Pharmacopoeia requirements.

All with the simple XGAS software interface.

FLOWmed system has been developed to meet necessities of oxygen producers when they need to verify and certify the proper functionality of reducing multi-position valves placed over cylinders and cryogenic compounds.

XGASFlow software, validated for pharmaceutical applications, leads the user during the testing procedure and allows the printing of the final report.

New projects and partnerships, to be always kept up with the times!

…lot of projects in the works!

New products and new markets to work in

And that’s not all, sign up for our newsletter  to be always updated on all latest news.