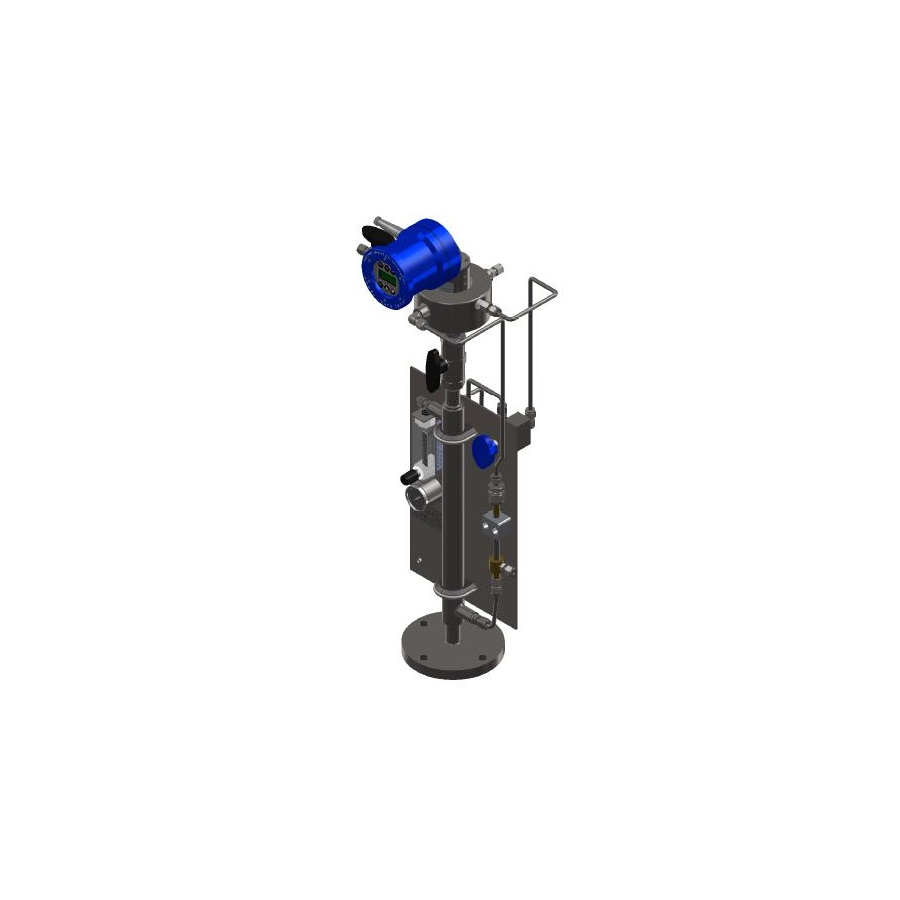 Inerting a tank, a centrifuge or any other container, means to avoid the risk of explosion. Therefore, it’s very important to be continuously sure that Oxygen doesn’t reach his level of explosion.

APT designed an automatic and simple system that can be installed directly on tanks or centrifuges, without the need of a complex sampling system. In this way, Oxygen level can be monitored very quickly.

– the first one, intended for applications with non-condensing gas, is based on the electrochemical cell principle. Through a flanged connection, the system is connected directly to the process and it can be installed in split configuration, with the transmitter separated from the sensor.

– the second one is an analysis system that can also be used in gaseous streams, containing high concentration of solvents and corrosive gases. It’s installed directly on the tank or reactor and it’s completed by a gas treatment system. The oxygen transmitter with display is mounted 90° vertically, for an easier viewing.

Both proposals are suitable for hazardous areas use (ATEX certification) and may be equipped with SIL2 certification.

In either case, maintenance operations are minimized and can be carried out directly by the end user.

I express my free, specific, informed and unequivocal intention to accept the treatment of personal data concerning myself.